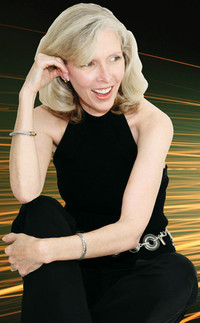 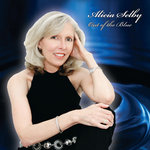 Bio
Alicia Selby, a musician and singer/songwriter from Houston, Texas, blends the vocal power of Pink with the sassy attitude of an Annie Lennox to create what she calls a “Bombay Sapphire gin and tonic cocktail of music”. Her debut album, “Out of the Blue” is a combination of bluesy pop acoustic, adult contemporary, rock, & Americana. There’s a dash of country in this album, and a Celtic touch on one track rounds out this well-produced and professionally packaged independent release.

Originally from Bakersfield, California, Alicia is no stranger to the music world. Her father, August Gene Oldham, was a professional guitarist and fiddle player who played with Buck Owens and Merle Haggard. As a child she hid behind big Fender amplifiers and peeked out to watch and listen to these talented musicians play in the little Edwards Avenue house that rocked East Bakersfield each Sunday afternoon. Her father helped pioneer what became known as “The Bakersfield Sound”. Her father is not the only famous musical blood in her family, Alicia is also a second cousin to country star Carrie Underwood. Alicia’s song, “Second Cousin Once Removed” is loosely based on their relationship.

Alicia began playing the violin in school at the age of eight years, and played classical violin in school orchestras and string ensembles. Her first public performance was at age fourteen for a high school homecoming dance with a rock band. In school she was very quiet and studious, but her stage persona and ability to project her voice were so different she was not even recognized by her close friends! While in college her father gave her an Ovation guitar and she taught herself how to play in between studying for her degree in German. She and her brother, who is also a musician and songwriter, played at the historic Troubadour in Los Angeles and she performed solo at the Newport Beach Hard Rock Café.

This debut album is dedicated to the memory of her father August Gene Oldham of Bakersfield, California. His musical influence and teachings live on through his daughter’s music. He now listens from the best seat in the house.

Three new soft rock singles were released in May 2010, Empty Pages, Optical Illusion & Powerful Words. Her songs Empty Pages, Copper Cage and Magdelina are in rotation for 12 months on the Women of Substance Radio program.

Alicia's song Crossing Over was published in 2011 for a show called "A Better You".
Her rock song Studio D was picked up by MTV for a show on VH-1. MTV also licensed her song Rodeo Drive for their show CMT Insider. In the U.K., her song He is My Lullaby was used on a television show. In 2013 her song Head Back to Tahoe was used by an advertising agency in the U.S.

In 2010 Alicia moved to Kazakhstan, but she has returned to Houston in 2013 and continues to write her songs. She will be recording new upcoming music in the U.S. later this year.